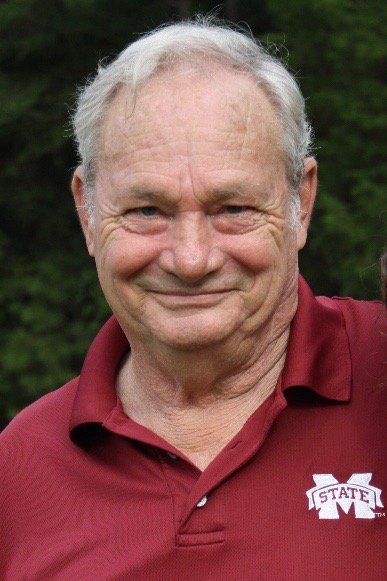 West Point, MS - Wallace Eugene Combs passed away Tuesday December 10, 2019 at Dugan Memorial Home at the age of 73.  Wallace was born March 2, 1946 in Anniston, Alabama to the late Hugh Lamar and Mary Alice (Dugan) Combs. In addition to his parents, he was preceded in death by his two brothers: Joseph Max Combs and James (“Jim”) Hugh Combs.

He graduated from Noxubee County High School in 1964. Wallace was a great athlete and was known for his speed and his love of “the game.”

Wallace was married 54 years to the love of his life, Mary Lois (Moore) Combs. In addition to his wife, he is survived by his son Wally (Hope) Combs of Nettleton, his daughter Mary Ann (Tom) Briggs of West Point, three grandchildren, Dalton Combs of Nettleton, Brett and Mary Beth Briggs of West Point; one brother, Robert Hasie “Pop” Combs of Macon; one sister-in-law, Margaret Ann Rosser of Goshen, Indiana; twenty nieces and nephews; and a host of other cousins and extended family.

He was an active member of and taught Sunday School at First Baptist Church of West Point. After retirement, he enjoyed working on small motors and watching sports of any kind. In his earlier days he enjoyed coaching Dizzy Dean baseball and flag football, coon hunting, and playing golf. He was spontaneous and loved an adventure. His children and grandchildren were the light of his eyes. He supported them and their friends in all of their activities, and he encouraged them to give their best. Anyone who knew him from Oak Hill Academy can probably hear him now cheering, “Here We Go Raiders, Here We Go!” He was given the name DoDad because he would do just about anything his grandchildren asked. Wallace lived in a house divided.  Brett graduated from East Mississippi Community College and is currently a junior at Mississippi State University, and Dalton graduated from Itawamba Community College and is currently a junior at the University of Mississippi. Mary Beth plans to attend Mississippi State University after high school.

Funeral Services will be 11:30 AM Saturday December 14, 2019 at Robinson Funeral Home.  Visitation will be Saturday 10-11:30 AM at the funeral home. Interment will follow at Moore Cemetery in Macon, MS.  Serving as pallbearers will be Wally Combs, Dalton Combs, Tom Briggs, Brett Briggs, Jim Moore and Gene Moore. Honorary Pallbearers are Donnie Lee, Joey Moore, Kenny Ingram, Glen Brown, Robbie Robinson, and the members of his Sunday School Class.

The family is thankful for all the prayers, compassion, and acts of kindness showed to them over these past few weeks. They truly appreciate all the help given by family and friends and the staff at NMMC-Tupelo, NMMC-West Point, Dugan Memorial Home, and Sanctuary Hospice.

To order memorial trees or send flowers to the family in memory of Wallace Eugene Combs, please visit our flower store.