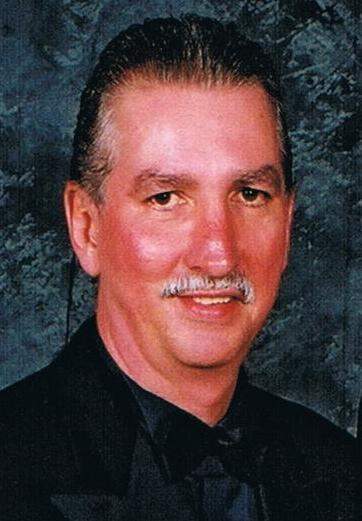 Lynn Davis OKOLONA - Thomas Lynn Davis, 55, died Wednesday, April 27, 2011, in Okolona as a result of the tornado that swept through the area. He was born May 27, 1955, to Tommy and Wilma Peden Davis in Chickasaw County, where he was a lifelong resident. He was a graduate and loyal supporter of Mississippi State University. Lynn devoted much of his time to his church, the First Baptist Church of West Point where he served as an active member and deacon. Continuing his faithful work for the Lord, he also was co-founder of Le Noir Cowboy Church. He was an outstanding philanthropist and great humanitarian who contributed to many worthwhile charities as well as people in need. His family's company is among the oldest family owned furniture companies under the same ownership in Mississippi. A visionary in the furniture industry, in 1986 he was the co-founder of the Tupelo Furniture Market. Later he expanded his operations to Centers of High Point, North Carolina. In 2000, LB International was founded followed by Davis International in 2001. Throughout his career he was very active in various organizations. He served on the board of directors of the Tupelo Furniture Market Association, Tupelo Convention and Visitors Bureau, Oak Hill Academy, High Point Market Authority, and the Home Furnishings Industry Chapter of City of Hope National Medical Center. In 2005 he was honored as the recipient of the Spirit of Life City of Hope Award. Also, the Clay County Economic Development Association recognized him as Outstanding Citizen of the Year in 2005. As an avid horseman, he was the "Reserve World Champion 50,000 Amateur" in the National Cutting Horse Association in 2005. Services will be held at 10:30 a.m. Saturday at the First Baptist Church in West Point with Bro. Dale Funderburg officiating. A private burial will follow in Holladay Cemetery. Robinson Funeral Home is in charge of arrangements. A loving and devoted family man, he is survived by his wife Tammy of 30 years; one daughter, Leslie Davis Hollingsworth (David) of Jackson; two sons, Hunter Davis of Tupelo and Tyler Davis of Okolona; one granddaughter, Frances Hollingsworth; his parents; one sister, Lisa Davis Clayton (Clay) of Okolona; one brother-in-law, Leslie Kuykendall (Monica) of Miami, Fl; a host of aunts, uncles, a niece, nephews, cousins and friends whom he loved and cherished. He was preceded in death by his mother-in-law and father-in-law, Frances Mauney Street and Nathan Oliver Street; his grandparents, Mr. and Mrs. Joe Hugh Peden and Mr. and Mrs. Thomas Lavert Davis, Sr. Pallbearers will be Robert Fullwood, Lee Garner, Jr., Lee Garner, III, Steve McKinney, Ben Roberson, Jimmy T. Williams, and Joe Wright. Visitation will be today from 4 until 7 p.m. at the church. In lieu of flowers, donations may be made to Le Noir Cowboy Church, Bank First, P.O. Box 325, West Point, MS 39773. Memories and condolences may be shared with the family at www.robinsonfuneralh@bellsouth.net
To order memorial trees or send flowers to the family in memory of Thomas Davis, please visit our flower store.