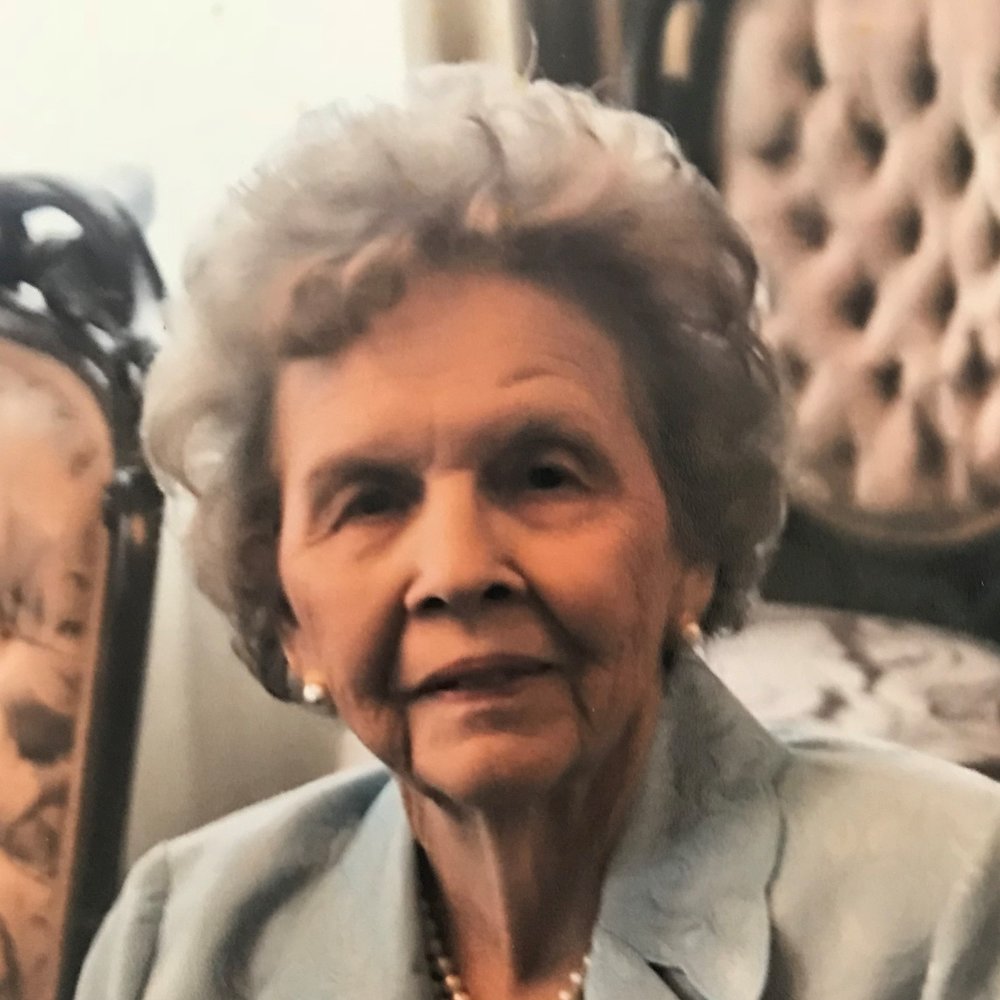 Ola Sue Nail, 95, went to be with the Lord on May 10, 2019 in Amory, MS. Funeral Services will be held Monday, May 13, 2019 at 2:00 PM with Visitation at 1:00 PM at Robinson Funeral Home in West Point, MS with Brother Allen Simpson officiating. Serving as pallbearers will be Joe Nail, Larry Clark, Corey Clark, Barrett Clark, Billy Richey, Ken Couch, and Ross Clark. Honorary pallbearers will be Dr. Dwight McComb and Dr. David Reid.

Sue was born on May 25, 1923 to Alec and Jeffie (Lee) Couch in Wayne, Oklahoma. She grew up on a farm in Winfield, AL surrounded by 14 brothers and sisters. She graduated from South Highlands Infirmary Nursing School in Birmingham, AL in 1941 and worked as a Registered Nurse in various hospitals and clinics in her early career.

She met and married Charles Joseph Nail, Jr. and they settled in West Point, MS where she assisted him in his dental practice. She was a member of the First Baptist Church in West Point where she and others worked together to take care of elderly shut-ins and the chronically ill. She later moved to Amory, MS and is a member of First Baptist Church. She was a selfless servant who was kind to all she met. She is loved by many.

She is preceded in death by her husband Charles Joseph Nail, Jr, infant son, Timothy Nail, and 12 brothers and sisters.

In lieu of flowers, the family has requested donations to be made to St Jude Children’s Research Hospital or the Gideons.

Special thanks are to Lifeline Companions, Kindred Hospice, Peggy Washington, and all who cared for her during her recent illness.

To order memorial trees or send flowers to the family in memory of Sue Nail, please visit our flower store.