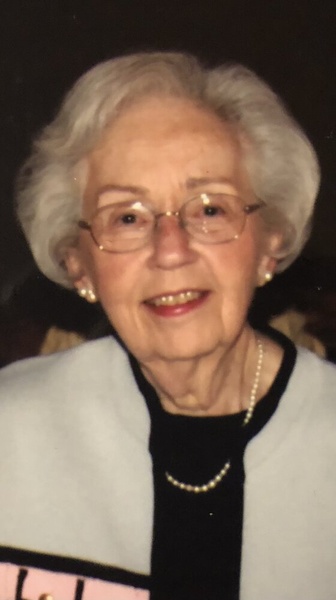 Sara Roberts was born Sara Alice Moseley in West Point, Mississippi, on June 23, 1925, the daughter of Thaddeus M. Moseley, Jr., and Sallie Cromwell Stacy. After growing up in West Point alongside her older brother, Thaddeus M. Moseley III, Sara received her college education at Mississippi State College for Women and the University of Mississippi, where she was a member of the Tri-Delta Sorority and received her bachelor’s degree. Sara lived in West Point her entire life, except for ten years she spent working on Capitol Hill in Washington D.C. for Mississippi Congressman Thomas G. Abernethy in the late forties and early fifties. She moved back to West Point and married Fred Robertson Roberts, Jr., with whom she shared her life until his death in 1994. They had two sons together, Barclay Moseley Roberts and John Wade Roberts. Sara loved her hometown and remained committed to it throughout her life. Sara was a dedicated member of the Christian Church (Disciples of Christ) where she served in many capacities, most notably as secretary/treasurer of the Christian Women’s Fellowship for over forty years. She also was devoted to her sons’ schools and was appointed to several civic positions, serving as the first woman on the West Point Chamber of Commerce and on the Board of Directors at Dugan Memorial Nursing Home for forty years. She led bingo at Dugan’s weekly for decades. Civic service was important to her, and Sara volunteered to serve in many capacities, including den mother to her sons’ cub scout dens and secretary/treasurer of the Friends of the Library, the volunteer advocacy and fundraising arm of what was to become the Bryan Public Library. In the eighties, after her boys had left home for college, Sara and her longtime friend Mamie Seitz bought and ran the Treasure Nook, a bridal registry and gift store in downtown West Point. In later years she had the opportunity to travel, oftentimes with her sister-in-law Annie Bess Hinton or cousin Suggie Aderholdt, which resulted in new friendships and gave her immense joy. At 96 years old, Sara is predeceased by her parents, her husband Fred, her brother Thad, and her stepson, Fred Galloway. She is survived by her sons Barclay (Mark H. Jones) and Wade (Vicki) and her granddaughters, Melody Galloway and Libby Galloway, and their children. In recent years the family has relied on a team of talented and compassionate caregivers who deserve untold recognition and thanks for their unwavering service. They include Sara’s longtime friend Mary Frances Waldrep, Allyson Hamlin, Lori Chism, Angela Colbert, Betty Ensz, Judy Nightingale, Belinda Perry, Mary Jo Wells, Trenda Wells, Christine Petty, Ethel Chandler, Maggie Pernell, Ishmael Perry, and Violet Jantz. In light of COVID concerns, a graveside service will be held at Greenwood Cemetery in West Point, Mississippi, on Sunday, December 5, 2021, at 2:00 p.m. In lieu of flowers, please send memorials to the Dugan Memorial Home (Methodist Senior Services) in West Point, Mississippi, or St. Jude Children’s Research Hospital in Memphis, Tennessee.
To order memorial trees or send flowers to the family in memory of Sara Roberts, please visit our flower store.