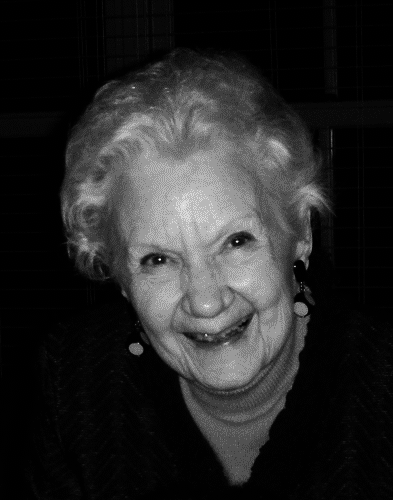 Sara Stevens Hazard passed away peacefully at home surrounded by her family on Saturday, August 31, 2019.   Born on March 29, 1926 in Macon, Mississippi, she was the daughter of the late Mr. and Mrs. Boswell Stevens.  Growing up in Macon, she was a popular, fun-loving young woman and was named Miss Macon High School by the student body.  She went on to graduate from Mississippi State University, where she pledged Zeta Tau Alpha sorority and was voted Miss Mississippi State University.

She married Dr. Mark Gordon (Doc) Hazard, now deceased, in 1947, and was a devoted mother to her four children.  She was a pillar in the First Presbyterian Church where she taught Sunday School and served in many different capacities.  Additionally, she was a hospital volunteer and served as a “Pink Lady” for many years.  To further serve her community, she was a charter member of the Junior Auxiliary.  As a devoted mother, she was the first to volunteer as Homeroom Mother, and served as a Cub Scout Den Mother and as a leader for the Girl Scouts.   She greatly enjoyed playing bridge with her many friends, and loved traveling the world with her sisters and very often with her daughter.

In her later years, she was lovingly cared for at home by Sandra King, Jerlean Cummings, Rosie Pulliam, and Jewel Barrow.

She is preceded in death by her loving husband of 70 years, Dr. Mark Gordon Hazard.   She is survived by her four children:  Mark Gordon Hazard, III (Betty), Boswell Stevens Hazard (Carol), Sally Hazard Sposato (John), John Wyatt Hazard (Dianne), along with seven grandchildren, twelve great-grandchildren, and many nieces and nephews.  She is preceded in death by her three siblings:  Katharine Stevens Hollister, A.B. Stevens, and Nel Stevens George.

Services will be held at 2:00pm on Tuesday, September 3 at the First Presbyterian Church with Rev. Brandon Bates officiating.  Serving as pall bearers will be Steve McKinney, Mike Matthews, Matt Hazard, Mark Hazard IV, Josh Hazard, and Joseph Huffman.  Visitation will be at 12:30 on Tuesday at the church.  Burial will follow in Greenwood Cemetery in West Point.

Memorials may be made to the First Presbyterian Church, EPC, Post Office Box 366, West Point, MS  39773.

To order memorial trees or send flowers to the family in memory of Sara Hazard, please visit our flower store.