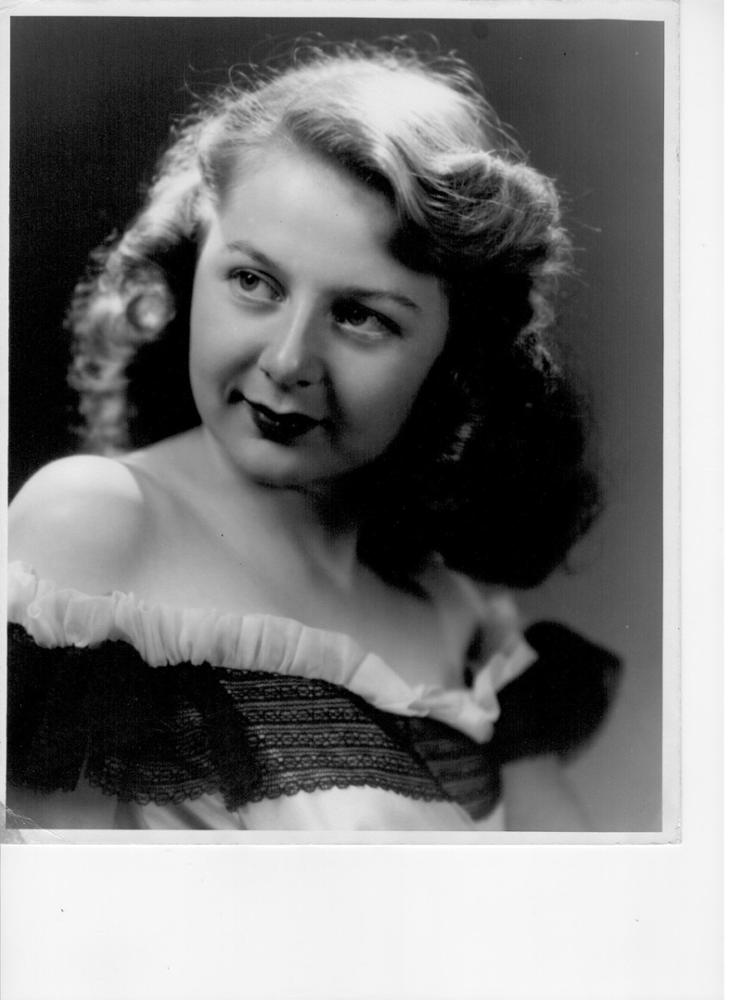 Sally Crawford Rice Bogan, 89, died peacefully on April 17, 2017 at Dugan Memorial Home, West Point, MS after a long struggle with Alzheimer’s Disease. She was born December 10, 1927 in Bienville, LA, the daughter of Eula Loe and Walton A Crawford. Following high school graduation, she attended Judson College in Marion, AL and Mary Washington College in Fredricksburg, VA. She was married in 1948 to Edwin Cromwell Rice, Sr upon his graduation from the United States Naval Academy until his death in April 1979. Sally, the youngest of four children, was raised in Haynesville, LA and became a skilled musician which eventually led her to obtain her Master’s Degree in Music Education at Mississippi State University. She taught public school elementary music in West Point to many generations of youngsters who, now in middle age, have fond memories of her teaching the "best class in school." As an Episcopalian, Sally served as church organist and choir director for thirty years. She was active in the church, being also a member of the ECW, Altar Guild, and Vestry. She was an early member of the Music Coterie of West Point. After retirement, she volunteered in many community activities, including the first Meals on Wheels, and regularly visited the elderly at Dugan Memorial Home, bringing flowers from her own garden to cheer them. Along with a few other women of West Point, she helped found the Pink Ladies Auxiliary and Gift Shop at the then-new Clay County Medical Center. She also served on the hospital board from 1989 to 1995. Her many treasured honors include being the Grand Marshall of the Boo Parade and of the West Point Christmas Parade. In April 2001, she married Neill Bogan (deceased 2012) and together they enjoyed their golden years to the maximum. In addition to both husbands, she was preceded in death by her parents and siblings. She is survived by her daughter, Johanna Rice (Mike Goree); son, Ed Rice; grandson, Sam Rice; "sister/niece," Sally Frances Allen Camp, and other Crawford and Rice nieces/nephews, great nieces/nephews and cousins too numerous to list. Her godchildren include Karyl King Buddington, Randolph Miller Hite, Beth King, Bruce King, Robika Modak Mylroie, and Andy Riley. Sally loved her family, friends, godchildren, church and all little children. Gardening was a favorite pastime and she always delighted in the world around her—a legacy she passed along to those close to her. Her funeral and interment will be held at the Episcopal Church of the Incarnation at the corner of Broad and Division Streets, West Point, MS on Thursday, April 27th at 10:00am. Visitation will be at the church following the service and interment. In lieu of flowers, memorials may be sent to the Episcopal Church of the Incarnation, P O Box 316, West Point, MS 39773 or the Alzheimer’s Foundation of America (www.alzfdn.org), 322 Eighth Ave 7th Fl, New York, NY 10001. Robinson Funeral Home is assisting the family with arrangements.
To order memorial trees or send flowers to the family in memory of Sally Rice Bogan, please visit our flower store.