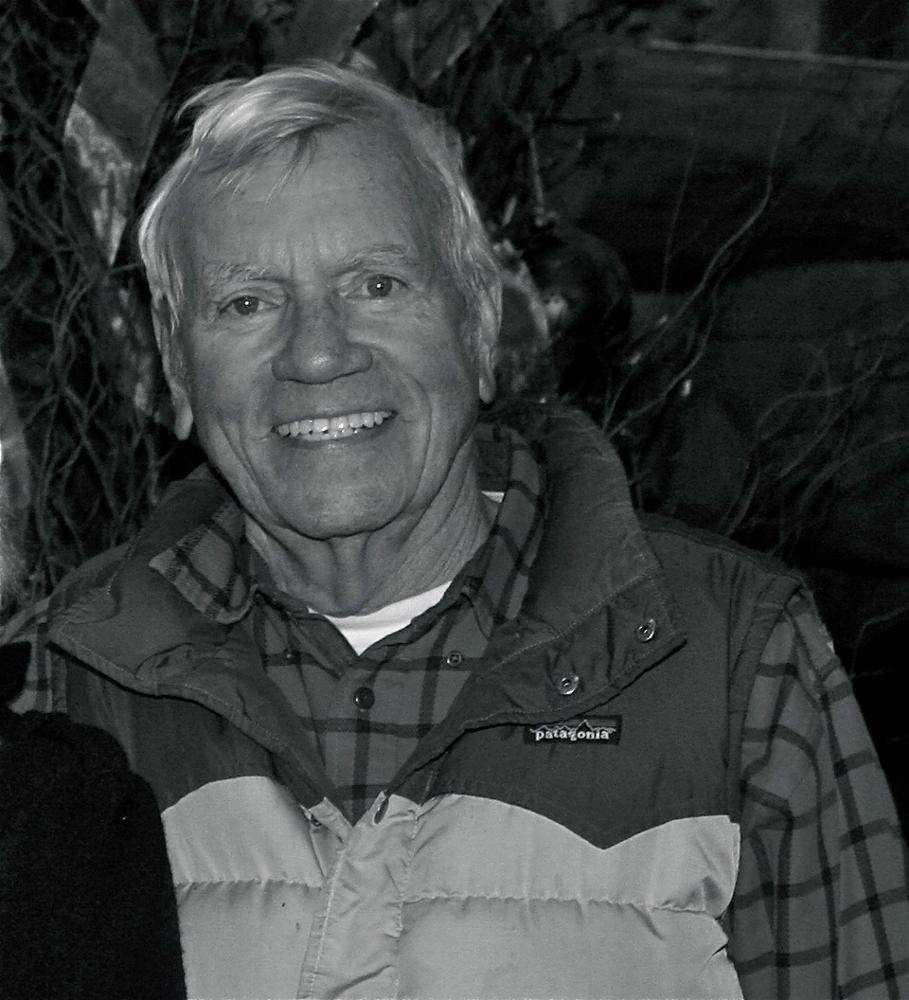 Robert Donald Harrell, Sr., “Papa”, departed this Earth with a smile on his face after completing the construction of his 18-foot Teepee Monday, March 30, 2015. He laughed as much as he breathed and he loved big! Robert Harrell was born July 5, 1937 in West Point, Mississippi to the late JT and Frances Kinard Harrell. He was a graduate of West Point High School in 1955 where he was voted “Funniest Freshman”, “Silliest Sophomore”, “Jolliest Junior”, and President of the Student Body. He received a degree in Engineering in 1959 from Mississippi State University where he was a member of the Sigma Chi Fraternity and a devoted Bulldog Fan. He became an Eagle Scout June 30, 1952 and went on to share his love of the outdoors and scouts with many others including his children, grandchildren and nephews. Robert met the love of his life, Caroline Bryan Harrell, at the age of 10 and married her in 1958 at the First Presbyterian Church in West Point. Robert Harrell was very proud of their 7 children, Catherine Harrell Morehead (Robert), Memphis, TN; Frances Livesay Smith (Mike), Piperton, TN; Beverly Harrell Luttrell, Germantown, TN; Caroline Harrell Atkins (Bill), Robert Donald “Bob” Harrell, Jr. (Tonya), Helen Harrell Facella (Marc) and James Bryan Harrell (Laurann) all of West Point, MS and their 30 grandchildren, Turner, Henry and Hannah Morehead; Catherine and Marcus Livesay; Christina Barnes; Shannon Silberman; Melissa and Leah Smith; Cameron, Elizabeth, William and Bryan Luttrell; Montgomery, Clark and Hunter Atkins; Robert III, William, Samuel Jackson and Ann Caroline Harrell; Isabel, John, Antonio, Josie and Louis Facella; J.B., Ben, Henry and Charlie Harrell. He always seized the opportunity for a teaching moment and relished in watching his children and grandchildren learn. Blessed with the gift of always seeing the positive side of life, Robert’s cheerfulness always kept those around him a little more light-hearted than they would have been without him. Robert spent his life in the construction business and he and his father, JT Harrell, operated The Building Service Company in West Point for many years. Robert was a member of the West Point Rotary Club, where he served as past President and prided himself in being a Paul Harris Fellow. He also served on the Honorary Colonel Staff under Governor Bill Waller. He was a life long member of the First United Methodist Church in West Point and volunteered his engineering and carpentry skills on many mission trips with his church. Through his mission work, he taught children all over the world with his storytelling, crafting abilities and his love for life. In keeping with Robert’s loving and generous spirit, it was his decision to donate life so that others may live. In addition to his immediate family, Robert Harrell is also survived by his brother, James Thomas Harrell, of Lone Tree, CO; his brothers-in-law John Bryan (Neville) of Lake Bluff, IL and George Bryan (Marcia) and Kenny Dill, both of West Point, MS Robert was preceded in death by his parents, JT and Frances Kinard Harrell; parents-in-law John and Catherine "Kitty" Bryan; sisters-in-law Catherine Bryan "Kitty" Dill and Barbara Harrell; his son-in-law, Shawn Livesay and his grandson James Thomas Harrell. Friends are invited to celebrate Robert’s life with visitation on Wednesday, April 1, 2015 at the First United Methodist Church in West Point from 4 until 7 p.m. Funeral Services will held on Thursday, April 2, 2015 at the First United Methodist Church in West Point beginning at 10 a.m. with Rev. Jeff Shannon officiating. Serving as Pallbearers will be everyone who knew him and loved him. Honorary Pallbearers are Bubba Atkins, Tommy Bryan, Perry Green, Odie Harrell, Mark Hazard, Frank Hopper, Duke Lippincott, Sebastian Lorenzo, David McElwain, Tom Storey, Sonny Troupe and Jack Williams and the West Point Rotary Club Memorials can be made to The First United Methodist Church, 200 East Broad Street, West Point, MS 39773 and to The James Thomas Harrell Outdoor Scholarship Fund in care of Catherine Harrell Morehead at any BancorpSouth Bank Location. Graveside Services will follow at God’s Acre at the Harrell Family Chapel.
To order memorial trees or send flowers to the family in memory of Robert Donald Harrell, Sr., please visit our flower store.