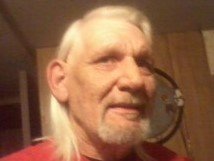 John Ricky Ray passed away Wednesday January 23, 2019 in NMMC-Tupelo at the age of 58. He was born April 1, 1960 in West Point to Bernice Edwards and the late Harold Gene Ray. He was a well known carpenter who could build anything.

To order memorial trees or send flowers to the family in memory of Ricky Ray, please visit our flower store.