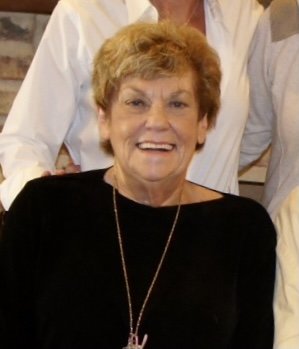 Mrs. Mary Elizabeth Stephenson Davis peacefully passed from this life, surrounded by her three daughters, on Sunday, May 16th after a brief illness. She was born in Atlanta, Georgia on March 9, 1939 to Robert Edward Stephenson and Jane Elizabeth Ward Stephenson. She graduated from West Point High School in 1957 and married her high school sweetheart, General Boyce Davis on November 7, 1958. She was preceded in death by her parents as well as her beloved sister, Ruth Stephenson Hassanein. Mary lived her entire adult life in West Point, Mississippi and was a much loved and respected member of the Golden Triangle community. She is survived by her husband of 62 years, Boyce Davis as well as her three daughters, Susannah Davis Walker, Jane Davis Smith (Ben), and Katrina Davis Vaughn (Jimmy) as well as her grandchildren, Brent Walker, Anna Walker Coker (Drew), Jonathan Wray (Katie), Will Vaughn (Jessie), Hunter Vaughn (Nikki), Stephen Wray (Regan), Haydn Vaughn, and Elizabeth Smith. She was also blessed to have seven great grandchildren. She leaves behind her brothers Robert Edward Stephenson, III (Susan) and Richard Ward Stephenson (Sarah), as well as her sister-in-law, Nancy Stephenson, and many beloved nieces and nephews. Mary always took great pride in her beautiful family. In addition to raising her daughters, she was a business owner and ultimately found her passion as a natural born teacher in the West Point school district. She always considered it an honor to have helped nurture the education of so many within the community. Mary was a devoted member of the Episcopal Church of the Incarnation and always found great comfort in the Book of Common Prayer and time-honored traditions of the Church. She touched many lives while on this earth and will be greatly missed. Visitation will be in the Parish Hall of the Episcopal Church of the Incarnation, 505 West Broad Street, West Point, MS at 9:30 AM Wednesday May 19, 2021 with services to follow at 10:30 AM. Interment will be immediately following the service at Greenwood Cemetery in West Point. Pallbearers will be her grandsons, Brent Walker, Jonathan Wray, Will Vaughn, Hunter Vaughn, Stephen Wray, Hayden Vaughn. Honorary pallbearers are Nina Cox, caregivers at Dugan Memorial Home, Encompass Hospice Care; her special friends, Angie Tyler, Joni Seitz, Bob Becher. Robinson Funeral Home is assisting the family with arrangements. In lieu of flowers, the family suggests donations to the Episcopal Church of the Incarnation, PO Box 316 West Point, MS 39773.
To order memorial trees or send flowers to the family in memory of Mary Davis, please visit our flower store.

Episcopal Church of the Incarnation

Episcopal Church of the Incarnation