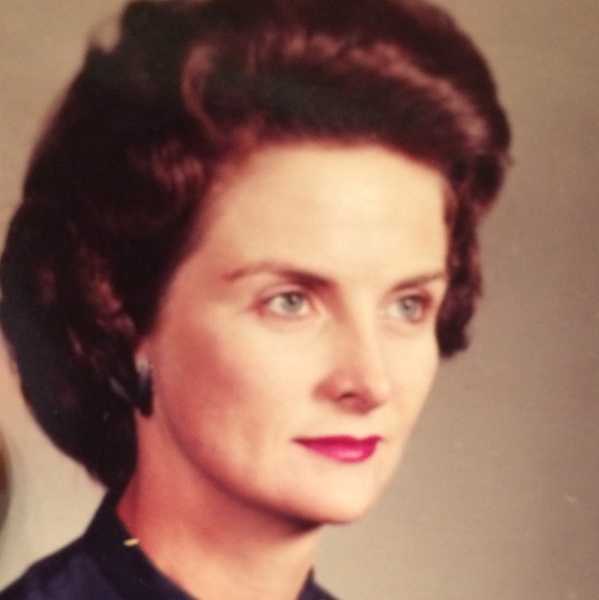 Martha S. Braddock passed away Monday July 22, 2019 at NMMC-West Point the age of 92. She was a community and Church leader who taught in the West Point public school system for 27 years. Mrs. Martha was an active member of West Point’s First Presbyterian Church EPC, and served on the boards of Directors for the united Way and Dugan Memorial Home.

She was born Martha Adeline Smith on July 25, 1926 in Columbus and moved to West Point with her family in 1942. As a student in Columbus, she was a member of both the concert and marching bands and the basketball team. She continued these activities in West Point, graduating from West Point High School in 1944. She was chosen as an All Little Ten player during her senior year at West Point High School.

Upon graduation, Martha was employed at the Gulf Ordnance Plant as office manager of Line 6, where bombs were constructed for military use during World War II. In 1945, she enrolled in Mississippi College for Women where she was member of the Student Christian Association, Women’s Athletic Association, and president and soloist of two glee clubs. She carried the American flag during the famous Zouave drill and played on the basketball, softball, field hockey and swim teams-where she became certified in the national Red Cross aquatic school. She was voted Most Beautiful as a sophomore at MSCW. During her Junior year, she was selected as Mississippi State University’s Sigma Chi fraternity sweetheart. Martha graduated in 1949 with a BS in Secretarial Science.

After college, Martha began teaching at West Point High School. She coached track and basketball for 10 years, with the girl’s basketball team once winning the Little Ten Conference title under her leadership. She taught Driver’s education for 17 years, once serving as president of the Mississippi Driver Education and Safety Association. In 1978 she was awarded Star District teacher for driver’s education. All of her 27 years of teaching were in the West Point School District.

A gifted vocalist, Martha sang numerous solos through the years, and was a former member of the West Point Music Coterie, West Point Garden Club, the West Point Junior Auxiliary and the Hospital Auxiliary.

For several years, Martha was an active member of the West Point First Baptist Church, serving as a choir member and youth Sunday school teacher. She was instrumental in the planning, design and construction of the First Baptist Church new sanctuary. After marrying Dr. Tom N. Braddock in 1979, she became an active member of First Presbyterian Church EPC, serving as a deacon, choir member and teacher and director in the youth department. Working with longtime friend, Gene Smith, she was instrumental in the design, project planning and coordination of the church fellowship hall addition.

Martha supported Dr. Braddock in his medical office until he retired in 2009. Through the years, they enjoyed participating in the community activities, golf and tennis, with particular interest in the Davis Cup Tennis Competition. Both supported the West Point community with their time and other resources, with a heart for those in need in West Point and Clay County.

She was preceded in death by her parents, S.E. and Mary Smith; her husband, Dr. Tom N. Braddock; a boy and girl infant twin siblings; brothers, Eddie and William Smith; and her first husband of 18 years, Albert D. Simmons, Jr

In lieu of flowers, memorials be made to First Presbyterian Church EPC, PO Box 366 West Point, MS 39773 or charity of choice, with preference to those in need in West Point and Clay County.

To order memorial trees or send flowers to the family in memory of Martha Braddock, please visit our flower store.