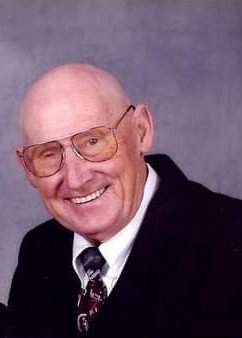 Mack Elmore Banks passed away Tuesday, May 4, 2021 at North Mississippi Medical Center in Tupelo. He was born September 17, 1934 in Jasper, AL to James McClain Banks and Willie Lee Fair Banks. He was the youngest of 10 children. The family moved to MS when Mack was 6 months old. They eventually settled in Artesia, MS when Mack was in the third grade, and he graduated from Artesia High School in 1953. Mack, a life long lover of music, began playing guitar at age 11. He began writing songs at age 13. Over the years, Mack played guitar and sang with several bands. He toured the same local circuits alongside Carl Perkins and Johnny Cash. He had an appointment to audition for Sam Phillips of Sun Records, but Blue Suede Shoes hit number one that day, and his appointment was postponed. Mack couldn't stay, so he gave his appointment to the one and only, Jerry Lee Lewis. Though he missed his possible chance at fame, he did make it into the Rockabilly Hall of Fame with his original recording, Be Boppin Daddy. Mack met his wife of 62 years, Anita Kate Ashby, at WCPC radio station in Houston, MS in 1958, and they were married in November of that year. They moved to West Point in February of 1959 and never left. Mack was self-employed most of his adult life. He owned an insurance agency, a supper club, and a music wholesale company. The supper club and Mack's music had a reputation for being a bit rowdy through the years. However, in 2003 Mack recommitted his life to his Lord and Savior Jesus Christ. He became an active member of the First Presbyterian Church again and served as a deacon. He considered it a privilege to be allowed to play and sing for the congregation many Sundays. He loved his Sunday School class and Men's Bible Study. Mack loved people and he never met a stranger. Mack continued to work and sing until he became ill with dementia. Even as a resident at West Point Community Living Center, he continued to write music, and could sometimes be persuaded to give an impromptu concert. Funeral services will be 2 PM Friday at First Presbyterian Church EPC with Rev. Brandon Bates officiating. A private burial will follow in Memorial Gardens Cemetery. Serving as pallbearers will be Joe Salmon, Mike Mathews, Wally McGee, Chuck Banks, Rick Norris, Dan Cocharo. Visitation will be 1-2 PM Friday at the church. He is survived by his wife, Anita Banks of West Point; daughters, Sonya Blaxton of Woodland, Darlene Melton of Palm Bay, FL, Natalie Wheeler (Bill) of West Point; grandchildren, Koren Paulsen, Casey Johnston II, Amy Able, Tori Cocharo, Alex Wheeler, Elizabeth Pettit, Amber Blaxton; 8 great grandchildren; extra special niece, Judy White. He was preceded in death by his parents; a grandchild, Joseph Johnston; 5 brothers; 4 sisters. Memorials may be made to Sally Kate Winters Family Services or Palmer Home for Children.
To order memorial trees or send flowers to the family in memory of Mack Banks, please visit our flower store.