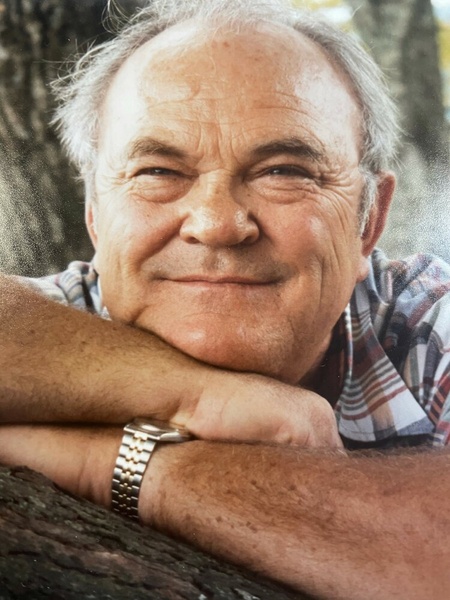 Jimmie Wade Crum known as ‘Jim,’ or ‘Ho Ho’ passed away on October 3, 2021 at his residence at the age of 85. He was born February 6, 1936 in Hickory Flat, MS to the late Pasquealeen Maxwell Crum and James Woody Crum. Jimmy served 22 years in the US Navy, beginning his naval career at the young age of 17. His service included working on the team that eradicated smallpox, as well as several tours in the Vietnam War. He was awarded the highest honor bestowed upon a non-war time serviceman, the Navy and Marine Corps Medal. After retiring from the Navy, Jimmy worked at GTE (Now Verizon) for 20 years and then spent the rest of his working life at Eagle Sales of Memphis, TN. He retired from both positions. After that, his labor of love began at Nanny's Hill where he resided for 22 years. A friend to all, a stranger to none, Jimmie’s big heart and generosity knew no bounds. He has been a dear presence to every community he graced, from Mississippi to Japan to Washington state and back again, and has touched so many lives along the way. In 2014, he was West Point’s Citizen of the Year for his outstanding number of hours spent in service of children as Santa Claus. He is survived by his wife Thelma Crum of West Point; daughters, Diane Reid (Gary) of TN, Michelle Bastholm (Lars) of Denmark, Bethany Bennett (Steve) of WA State, Susan Kelly (Pat) of GA; sons, Jack Akers of WA State, Tyler Akers (Christi) of West Point; brothers, Bobby Crum (JoEllen) of TN, Gerald Crum (Judy) of TX, Johnny Crum of MS; sisters, Betty Alcanter of CA, Kathy Bartosch (Pete) of AL; 11 grandchildren, Josh Reid, Amber Reid, Lilli Bastholm, Felix Bastholm, Patrick Kelly, Jon Tyler Akers, Bailey Bennett, Anna Kelly, Emma Kelly, Hunter Bennett, Sims Akers; and 2 great grandchildren, Graham Reid, Lewis Reid. He was preceded in death by his parents, and a brother, William A. ‘Dub’ Crum. A memorial service will be held at 11 AM on Thursday October 7, 2021 at First Baptist Church with Rev. Dale Funderburg officiating. Visitation with family and friends will be 10-11 AM Thursday at the church. The memorial service will be live streamed on Robinson Funeral Home facebook page. Memorials may be made to West Point/Clay County Animal Shelter, 5122 Old Tibbee Rd, West Point, MS 39773 or First Baptist Church, PO Box 794, West Point, MS 39773 or St. Jude Children’s Research Hospital, PO Box 1000, Dept. 42, Memphis, TN 38105-1942. Robinson Funeral Home is assisting the family with arrangements.
To order memorial trees or send flowers to the family in memory of Jim Crum, please visit our flower store.