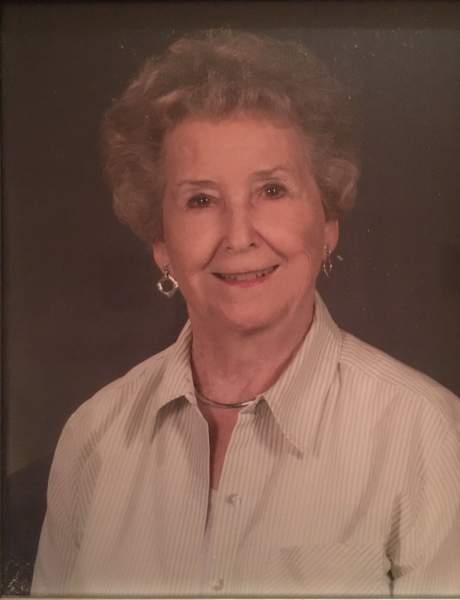 Jeanette Cummings Taylor passed away at the age of 93 on December 26, 2017, at her home in West Point with her family at her side.  She was born on August 11, 1924, as the third of four children to Catherine Mae Smith and Rufus Cleveland Cummings in Sunflower County.  She was a 1942 graduate of Ruleville High School and was Salutatorian of her class.  She attended Sunflower Junior College (now Mississippi Delta Community College), where she received an Associate’s Degree in Secretarial Science.

Upon graduation, she began working for the Draft Board in Ruleville but was transferred to the West Point office.  It was during this time that she met William Earl Taylor, who was drafted to serve in the U.S. Army.  After William Earl returned from a time of service in Korea, the couple married on October 21, 1946.

When the Draft Board closed, Jeanette began her career with Bryan Foods, where she worked for 34 years.  She fondly remembers being trained by John Bryan, Jr., who was home from college during the summer of 1952, to take his place as a switchboard operator.  During the majority of her years at Bryan, she served as Secretary to the President for John H. Bryan Sr., followed by John H. Bryan Jr., and then George W. Bryan.  When Bryan Foods joined the Meat Packing Group of Sara Lee Corporation, Jeanette continued working as executive secretary with George Bryan in the Sara Lee Office, even relocating to Memphis for one year to help establish the Sara Lee office there.

She thoroughly enjoyed her career at Bryan/Sara Lee Foods and loved working for the Bryan family.  She thought they were the finest people in the world and cherished every opportunity and every memory she had serving alongside them.  She retired from Sara Lee Corporation in 1986.

Jeanette was an active member of First Baptist Church, where she served as a Sunday School teacher and Church Training teacher in children’s classes for many years.  She was a member of the Woman’s Missionary Union and in later years participated in Forever Young, sang in the Senior Adult Choir, and was a faithful Church Care-Giver, visiting shut-ins and helping people in need.

Because her husband and her son were sportsmen and coaches, she became a loyal fan and member of the West Point Green Wave Booster Club and a big fan of the Ole Miss Rebels, traveling to many games with her family.  In the later years of her life, she tuned into every SEC football and basketball game she could find on TV and listened faithfully to the Green Wave radio broadcast each Friday night, smiling each time she got a “shout out” from Bud Bowen.

Services will be at 12 noon on Friday, December 29, at First Baptist Church in West Point with Rev. Dale Funderburg officiating.  Visitation will begin at 10:30 a.m. at the church, until time for the service.  A graveside service will follow at Greenwood Cemetery with Robinson Funeral Home coordinating arrangements.  Pallbearers are Bud Bowen, William Campbell, Bubba Davis, Jim Ellis, Joey Michel, and Billy Buck Staggers.  Honorary Pallbearers are former employees of Bryan Foods, the Clark Circle gang, her many friends from First Baptist Church, Dr. T. N. Braddock, Dr. Edmund Miller, Blair Wozniak and the Dugan Physical Therapy Team, Andy Williams and Gayle Kennedy at Rose Drug Store, her in-home caregivers of the past 5 years, and Valerie Miller of Sanctuary Hospice.

In lieu of flowers, memorials may be given to First Baptist Church of West Point designated to the general fund or to the Lottie Moon Christmas Offering for International Missions.

To order memorial trees or send flowers to the family in memory of Jeanette C Taylor, please visit our flower store.