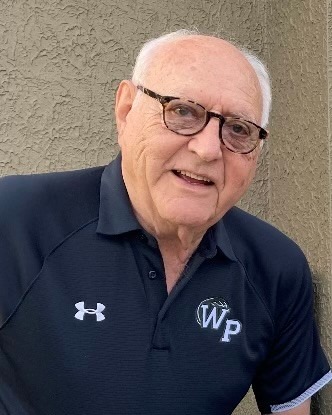 George Hubert Caston died December 31, 2022 at NMMC-West Point. An interment service will be 2 PM Wednesday January 4, 2023 at Andrews Chapel Community Cemetery. A Celebration of Life will be 4 PM Thursday January 5, 2023 at First United Methodist Church. Visitation with family and friends will be 2:30-4 PM Thursday in the First United Methodist Church Fellowship Hall.

Hubert was born September 8, 1940 in Marshall County Alabama, his family moved to Pickens County Alabama when he was 10 and where he graduated from liberty High School in 1958 and then attended Scooba Community College. He worked for Western Auto Company in a Columbus, MS store and then as a territory sales manager in Grenada, MS and was owner of the store in West Point, MS. As a merchant he served as president of the chamber of commerce and was a Rotarian. Upon closing the West Point store he worked for Bryan Foods for 17 years until retiring and then became the First United Methodist church building superintendent and Clay County and West Point City election commissioners. His farm boy experiences and mechanical knowledge enabled him to fix or repair anything. He used this talent helping and advising many folks.