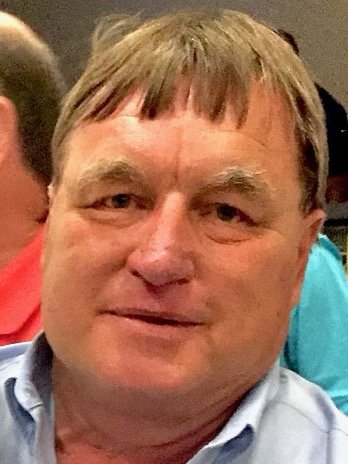 Gary O’Neal Castle, age 66, loving husband, father, and grandfather, set his gaze on His Lord and Savior in all His glory on March 22, 2021. Our eyes are red and swollen, but his have been made new by the power of our God! Gary would want your eyes to not be fixed on his death. He was never one to want anyone to dote on him. He was too busy loving and caring for everyone else around him. Gary would want your eyes to be fixed on the One that brought him peace in the storm, joy in the rain, and love through the cross - Jesus Christ. Born in Marks, Mississippi on December 1, 1954, Gary was the third of four children born to Wayne Alexander Castle and Millie Jane O’Neal Castle. Gary attended Winona Christian School and Mississippi State University. Gary worked many years in the finance industry and owns GO Finance with offices in West Point, MS and Meridian, MS. His passion for helping others fueled his business, and his patrons were not only his customers, but his friends. Working hard was a life motto for Gary, but work always paled in comparison to his time with family. He cared deeply for his wife, his children, his siblings, his nieces, his nephews, and held an extra special place in his heart for his four grandchildren. His legacy runs deep, and the lives of those around him will forever be changed for the better for having even an instant with Gary Castle. Gary not only loved his family, but he loved his friends and his church. He attended Bible Baptist Church in West Point, MS. His passion for The Lord was contagious, and he led an admirable and Spirit-filled life. Gary was preceded in death by his father Wayne Alexander Castle, his mother Millie Jane O’Neal Castle, his sister Sandra Jane “Suzi” Muscat, his father-in-law Vernon Milford, his mother-in-law Fay Milford, and his nephew Todd Calcote. He is survived by his loving wife of 43 years Rita Castle, daughter Kimbry (Garik) Wedel of West Point, MS, son Adam Castle of West Point, MS, son Chandler (Jamie) Castle of Collinsville, MS, grandchildren Charlee Castle, Barrett Castle, Landry Castle, and Ellis Castle, brother Mike Castle, Sr. of Destin, FL, brother Alan Castle of Oxford, MS, and many nieces and nephews. Funeral services will be Wednesday, March 24, 2021 at 11:00 am at Robinson Funeral Home in West Point, MS with Rev. Chris Layton and Rev. Terry Thrun officiating. Interment will be on Wednesday at 3:00 pm in Evergreen Cemetery in Carrollton, MS. Serving as pallbearers will be Michael Castle, Jr., Jason Castle, Zac Castle, Cole Castle, Shedd Castle, Garik Wedel, Alan Gates, Jason Milford, Frank Tucker. Honorary pallbearers are Lane Milford, Jake Castle, and the GO Finance Team. Visitation will be from 6:00-8:00 pm on Tuesday, March 23, 2021 at Robinson Funeral Home. Memorials can be made to Winona Christian School in memory of Gary Castle . Our family covets your prayers at this time.
To order memorial trees or send flowers to the family in memory of Gary Castle, please visit our flower store.