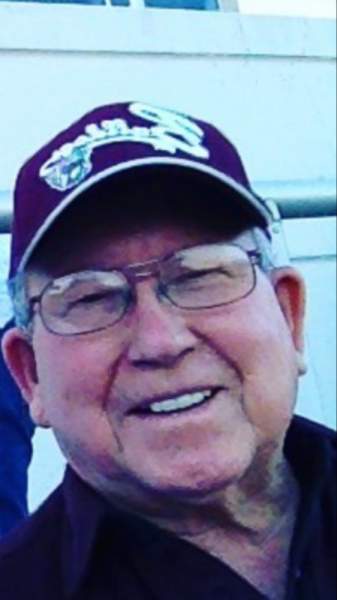 Eugene William Wyatt Baldwin was born January 23, 1932 and died on March 2, 2020 after a brief illness. Many called him Gene, though for the last 40 years of his life he has been better known as “Pappy”. Born in Noxubee County, Gene came up from simple beginnings growing up was one of 14 children. He graduated from Brooksville High School in 1950. Gene was the quintessential family man. He was rarely happier than when family was together no matter the occasion: Thanksgiving, Christmas, family reunions, or any other excuse to gather. He loved from whom he came and the family legacy he passed down. Gene was a member of the United States Air Force and served across the globe in the Korean War. He was very proud of having been in the military and continued to be proud of the women and men who choose to serve. He was an avid fan of all things Mississippi State University. A man of incredible and unending work ethic, Gene was driven by being a child of the Great Depression. He was a butcher by trade having worked early in his career at Bryan Brothers and Kroger. Many people knew him for the two businesses he owned – the Kwik Shop and Pappy's Food-A-Rama. Pappy's became a pivotal cog in the life of West Point but not only because of the fine meat that was prepared. Pappy's was a place where many young women and men got their start. Gene and his late wife, Marie, worked together to care for and parent many of the employees who came through their doors. The store on Brame Avenue became a launching ground for so many people in this community and beyond. Part of the legacy of a simple man and his bride was the myriad of people who came through their small business and went on to make something of themselves. Gene was a man of deep faith and convictions. He loved Jesus dearly and he loved the Scriptures. He was a member of First United Methodist Church in West Point and a member of the Friendly Fellowship Sunday School Class. He was also an active participant with Gideons International. He is survived by his children: Susie, and her husband, Bob, his son, Rick and his daughter, Kay, and husband, Johnnie; his brother Glenn Baldwin (Lea), his sisters, Betty Craft and Geraldine Payne; brother-in-law, Bob Levangie and sister-in-law, Isabella Baldwin; grandchildren: Will Rambo (Merissa), Walt Rambo (Ashley), Taylor Vandiver (Liz), Alex Baldwin; great grandchildren: Addison, Lilla, Wyatt, Kinley, and Isaac; and very special friends Leroy and Pat Phillips. He was preceded in death by his beautiful bride of 61 years, Marie Baldwin; his parents: Ora and Ruth Baldwin; by his sisters Merlie Kelly, Myrtse Greer, Mary Selkin, Esther Harper, Trudie Harper, Martha Levangie and his brothers Fred Baldwin, David Baldwin, John Baldwin, and Daniel Baldwin. A Celebration of Life memorial service will be 11 AM Friday March 6, 2020 at the First United Methodist Church. Visitation with friends and family will be 9-11 AM Friday at the church. Honorary pallbearers are Dr. Barry Bertolet, Dr. Ed Miller, and members of the Friendly Fellowship Sunday School Class. Robinson Funeral Home is honored to assist the family with arrangements. The family asks in lieu of flowers memorials be given to First United Methodist Church PO Box 293 West Point, MS 39773 or Gideons International PO Box 661 West Point, MS 39773.
To order memorial trees or send flowers to the family in memory of Eugene Baldwin, please visit our flower store.