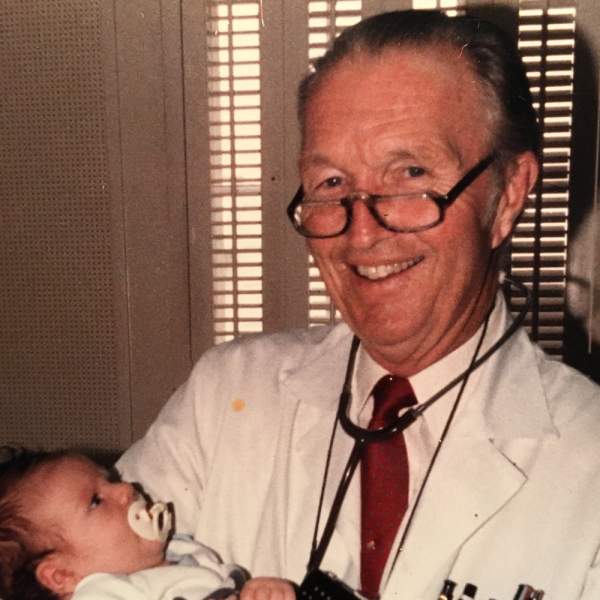 Dr. T. N. Braddock, age 94, passed away on August 22 at his home in West Point. He was surrounded by family, friends and caregivers who had become devoted members of the extended Braddock family during his lengthy illness.

A cornerstone of the medical, civic and religious community in West Point since the early 1950s, Dr. Braddock practiced medicine for 57 years before retiring in 2008.  In addition to his surgical, obstetrics and gynecological practice, he served more than 40 years as medical director of Dugan Memorial Home in West Point.

He is also survived by sisters Emma Marie Braddock of Ripley, MS, and Betty Joe Braddock Henry of Canyon, TX.  Another sister, Mary Eleanor Braddock Kong of Maui. HI, preceded him in death in April, 2017.

Dr. Braddock was preceded in death by his wife of 30 years, Vivian Lee Braddock, a native of Prentiss, MS. The couple met in college before he had decided his career path.  Vivian had a great deal of influence in encouraging his pursuit of a medical profession which he often said was one of the most rewarding decisions of his life.

Born August 18, 1924 in Ripley, MS, he was the son of the late T. N. and Verdie Braddock.  After graduating from Ripley High School in 1941, he enrolled at Mississippi College.  With the outbreak of World War II later that year, he enlisted in the US Navy and was assigned to officer candidate school at Notre Dame.  He served as a line officer with the amphibious forces in the South Pacific theatre.

He was on staff at three hospitals in the early days of his practice beginning with the Flowers Clinic on Court Street, the forerunner of the Memorial Hospital Foundation which would later build Ivy Memorial Hospital on Broad Street (now the county office complex). In the 1980s it would be relocated to the new and modern facility now known as the West Point campus of North Mississippi Regional Medical Center. Dr. Braddock is the city’s only doctor to serve at all three hospitals.

Somehow Dr. Braddock managed to get involved in numerous civic activities and was named to the Clay County’s Hall of Fame.  In 2009 he co-shared honors with his good friend Gordon Hazard when the pair was named “Veterans of the Year.”

He was a longtime member of the West Point Rotary Club, where he was a Paul Harris Fellow and active in the University of Mississippi Alumni Association and the Golden Triangle Medical Association.

Dr. Braddock was an avid tennis player and golfer and he noted that one of the most thrilling experiences in his life was making a hole-in-one at Old Waverly Golf Club.

In lieu of flowers, the family has requested that memorials be made to a charity serving the people of Clay County or the First Presbyterian Church, P. O. Box 366, West Point, Miss. 39773.

To order memorial trees or send flowers to the family in memory of Dr. T. N. Braddock, please visit our flower store.