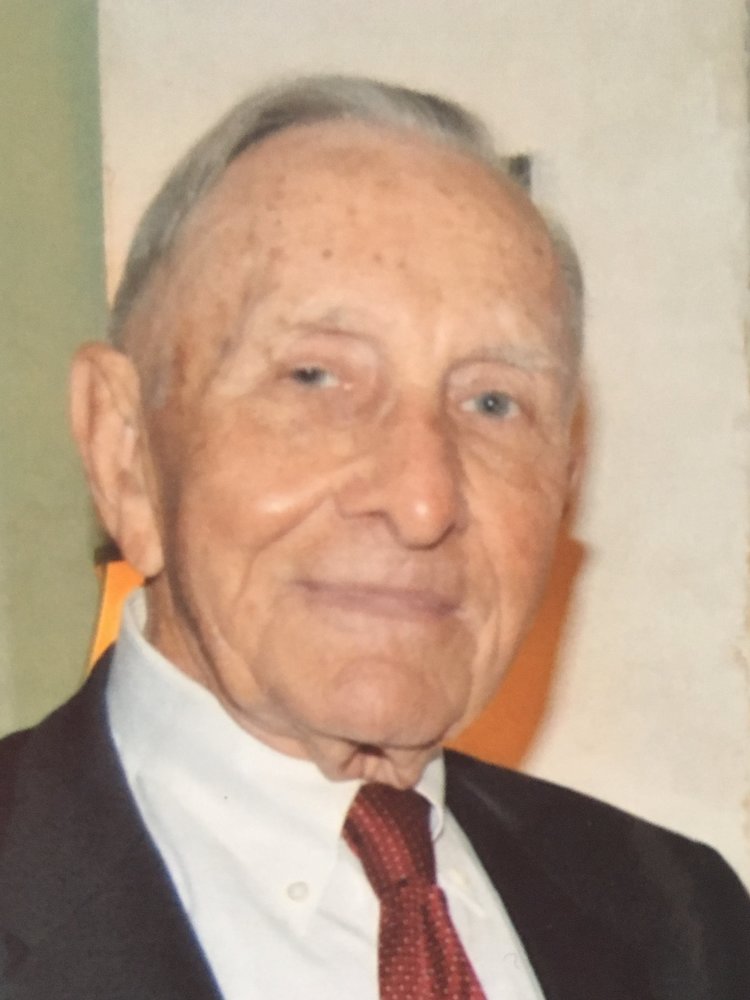 Dr. Mark Gordon Hazard, Jr., retired veterinarian and cattleman, passed away very peacefully on Tuesday, December 5, 2017 at North Mississippi Medical Center in West Point.  Born August 18, 1923 in West Point, MS, he was much loved and greatly admired by his many friends and large family.

Dr. Hazard began his love of cattle raising when he was 16 years old and this love continued until his death.  After his service in WWII, he completed his undergraduate degree at Mississippi State University and then received his DVM from Auburn University.  He returned to West Point where he founded Hazard Clinic and Hazard Cattle Company.  After his retirement from his veterinary practice, he became a grazing consultant and conducted seminars and spoke at cattleman’s meetings throughout the US and Canada.  His numerous honors in his field include:  Clay County Cattleman of the Year, Mississippi Cattleman of the Year, Hall of Fame West Point, Lifetime Achievement Award for Excellence in Graziering, El Toro Award (Auburn University), and Mississippi Cattleman’s Hall of Fame.  He authored a book about his cattle experience in 2002 titled “Thoughts and Advice from an Old Cattleman”.

In terms of his military duty, Dr. Hazard was a Combat Infantry Officer in the 79th Division of the European Theater (4 campaigns).  His tales from WWII were legendary among his audiences, many friends, and his family.   He was finally persuaded to write about his war experiences, which resulted in “World War II, as I Remember” which was published in 2005.  His military honors included:  Infantry Badge, Bronze Star Medal, French Legion of Honor, and French Croix de Guerre (Unit).  As a member of the Greatest Generation, a video of his personal experiences in combat is included in the WWII Museum in New Orleans.

His church and community were of utmost importance.  At First Presbyterian Church, he loved teaching Sunday School, sharing his faith in his Lord and Savior, and serving as an Elder for most of his adult life.   In his community, he served in the following capacities:  Director of First National Bank, Trustee of Ivy Memorial Hospital, Finance Chairman of Clay County Medical Center, Trustee of West Point Municipal School Board, Trustee of Dugan Memorial Home, and Advisory Board of National Bank of Commerce.

Services will be held at 3 PM Friday December 8, 2017 at First Presbyterian Church with Rev. Brandon Bates officiating.   Serving as pallbearers will be Steve McKinney, Bud Bowen, John Elloitt, Craig Keys, Doug Spencer, Robbie Robinson. Visitation will be from 1-3 pm Friday at the church.  Burial will follow in Greenwood Cemetery in West Point.

Memorials may be made to the Missions Fund at First Presbyterian Church, EPC in West Point, Mississippi.

To order memorial trees or send flowers to the family in memory of Dr. Mark Gordon Hazard, please visit our flower store.