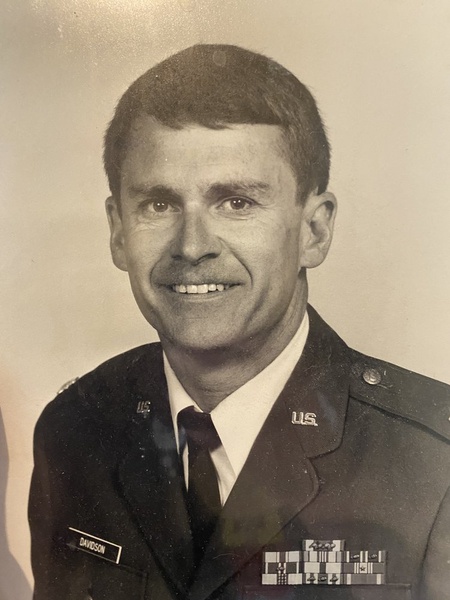 Col. Phillip Hall Davidson passed away Friday July 16, 2021 at his residence in Starkville at the age of 69. He was born January 9, 1952 in Nashville, TN to the late Shirley Marsh and John Winfred Davidson, Jr. He was a retired Veteran of the US Air Force serving for 28 years. Graveside Services will be 11 AM Monday July 19, 2021 at Greenwood Cemetery with Military honors. Visitation will be 10-10:45 AM Monday at Robinson Funeral Home. Serving as pallbearers will be Steve Davidson, Sam Davidson, Edward Davidson, Benjamin Davidson, Gregory Davidson, Robert Lopez. He is survived by 3 sons, Michael Paul Davidson of Starkville, Benjamin Joseph Davidson of Atlanta, GA, Gregory Robert Davidson of Fort Hood, TX; 2 brothers, Edward Davidson of Neodesha, KS, Steve Davidson of Nashville, TN; 4 sisters, Judy Ashmore of Columbus, Rachel Rinks of Lucedale, Dottie Barickman of Council Bluffs, Iowa, Kitty Davidson of Jacksonville Beach, FL; 1 grandchild, Kolbi Belle Davidson; several nieces and nephews. He was preceded in death by his parents and a brother, Roger Davidson. Memorials may be made to Wounded Warrior Project or USO.
To order memorial trees or send flowers to the family in memory of Col. Phillip Davidson, please visit our flower store.