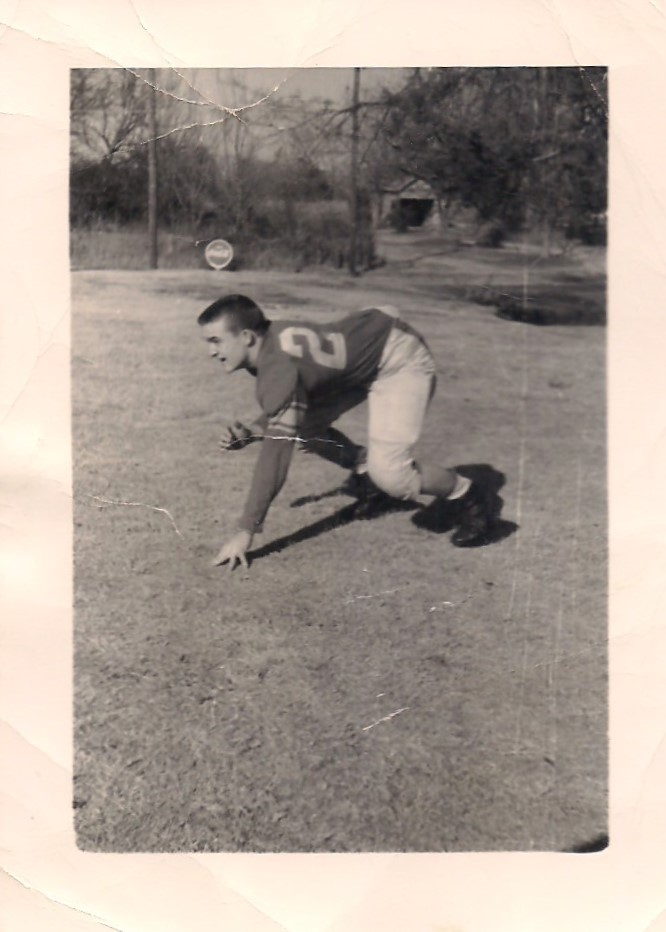 Robert Clyde “Baby Doll” Pierce went to be with our Lord on Monday October 2, 2017 at his residence at the age of 77. He was born May 24, 1940 in Shuqualak, MS to the late Anna Bell Flora and Roland L. Pierce. Baby Doll was all conference three years in high school, lettered in track, baseball and football freshman and sophomore years at EMCC.  He was voted best back and best blocker.  All state Juco team and was 1st team Juco college all American.  He participated in the Shriners All American Game in Albuguerque, NM.  He was also voted in EMCC hall of Fame for their first Hall of Fame.  He was voted inaugural year in Junior College Hall of Fame along with his beloved coach Bull Sullivan.  He was the only player Bull Sullivan and EMCC to ever have his jersey retired.  His #31 jersey retired the following year after he graduated so that no other player would ever wear his number. His coach, Bull Sullivan in an article described “Baby doll” as the “THE BIGGEST LITTLE FOOTBALL PLAYER IN THE WORLD.  The little fellow with the big heart!”

Baby doll loved spending time with his family, as well as working on and restoring old cars with his sons and friends. He was a member at First Baptist Church of West Point and loved the Lord. We are so thankful for the promise for believers “to be absent from the body is to be present with the Lord”.  (2 Corinthians 5:8).

He was preceded in death by his parents, and a son, Mike Pierce.

To order memorial trees or send flowers to the family in memory of Baby Doll Clyde Pierce, please visit our flower store.