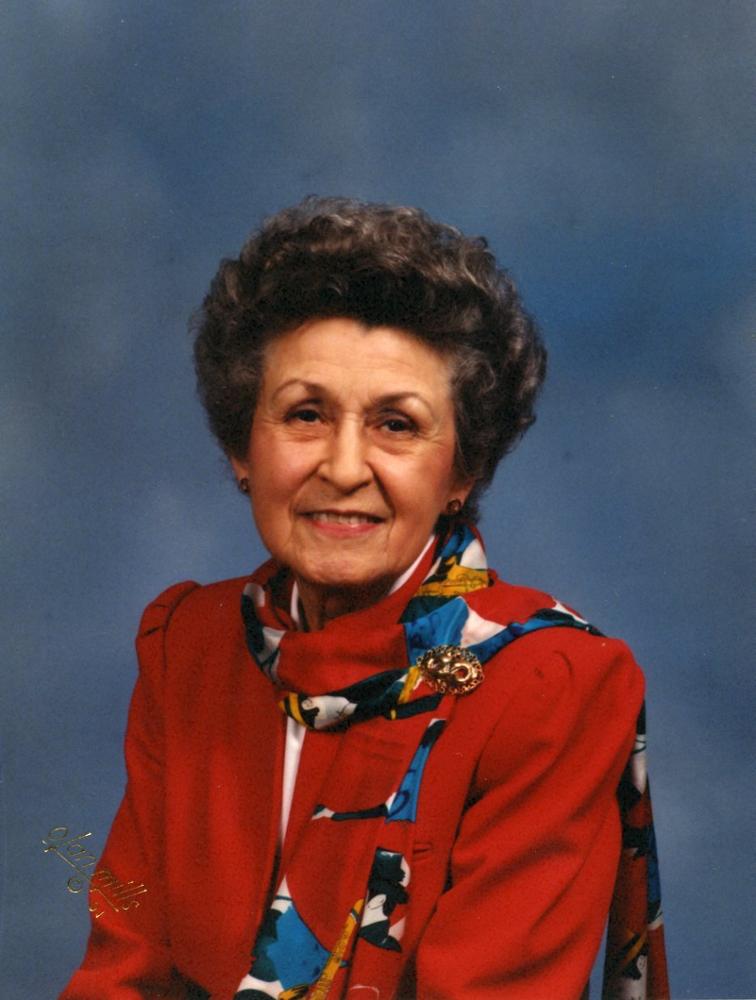 Funeral services for Alvanell Kennedy Jeter Christopher (lovingly called "Mamanee" by her family) are scheduled for Monday, January 26. Visitation is planned for 1:00 pm, followed by a funeral service at 2:00 pm, in the chapel at Robinson Funeral Home, with a graveside service to follow at Greenwood Cemetery. "Mamanee," who was 96 years old, died at her Broad Street home on January 24. Born on January 11, 1919, she had lived in West Point since 1935. She moved to West Point from Winona with her husband, Marvin Homer Jeter, Sr., following their wedding in May of 1934. She served the community alongside her husband in their restaurant and grocery store until his death in 1957. Subsequently, she was employed to make flower arrangements for Barry's Funeral Home and later to serve customers at Bank of Mississippi (now Bankcorp South). She was a selfless lady, who spent her life serving family, friends, and members of the community. She taught her family God's love by example, always caring, always giving, and always loving. Although she would strive to address any need that she identified, she was probably best known for the delicious food that she cooked for so many. She was a member of First Baptist Church, where she was actively involved until her health declined. She is preceded in death by her parents James Preston and Emma Lou Kennedy, her husband Marvin Homer Jeter, Sr., her sister Thelma Kennedy, and her son James Carey Jeter. She is survived by her son Marvin Homer Jeter, Jr. and his wife Betty, of Jackson, MS; five grandchildren: Marvin Homer Jeter, III and his wife Brenda of Jackson, MS, Elizabeth Jeter Cox and her husband Jason of Madison County, MS, Janell Jeter Cason and her husband Garrick of Ooltewah, TN, and Angele Jeter Jones and Renee Jeter, both of Fort Worth, TX; and seven great-grandchildren: Britt and Bruen Elizabeth Cox; Garrick, Gavin, and Greer Cason; and Hope and Gracie Jones.
To order memorial trees or send flowers to the family in memory of Alvanell Christopher, please visit our flower store.